Continuing our look at free online language courses, this week we’re going to look at Spanish, which is spoken not only in Spain, but across vast tracts of Central and South America. The total number of speakers worldwide is estimated to be between 400-500 million.

There’s plenty of free Spanish courses available on the web, but unfortunately, few of them really make the cut. Most of what I could find were riddled with bad web design, very little content, and extremely hard to follow.

Possibly the best grammar lessons to be found were at 123teachme.com – beginner and intermediate, and MIT has some very comprehensive courses in their OpenCourseware section: Spanish 1, Spanish 2, Spanish 3 and Spanish 4.

Finally, top marks again to the BBC for their multimedia course, one of the better interactive courses available.

As part of our series of online language courses, this week, we’re looking at French.

Spoken by anywhere from 100 million to 500 million people (estimates vary) worldwide, knowledge of French is invaluable to a traveler. In Europe, it is spoken in France (obviously), as well as Luxembourg, and parts of Belgium and Switzerland. It is also spoken in Canada, parts of Central and South America, huge swathes of Africa, and parts of the South Pacific.

Continuing on from the series we started last week on online language courses, this week we’ll be looking at German.

For European travellers, German is probably the second-most useful language one could learn, after English. It’s spoken by approximately 100 million native speakers worldwide, and is spoken in Germany, Austria, a large part of Switzerland, Luxembourg, Liechtenstein, parts of Belgium, and pockets of Denmark, Poland, Italy and Hungary. It’s also well known as a second language in eastern Europe, particularly by older people. 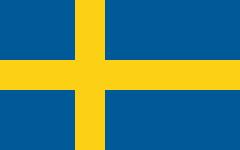 One of the hardest aspects to travel is having to negotiate your way around countries where you don’t speak the language. While knowledge of English is becoming very widespread, you’ll get a much better reaction from locals if you try to learn a bit of the local language before you go and are willing to try it out.

Of course, you don’t always have the time to attend a face-to-face course before you leave; preparing for your trip is going to be difficult enough as it is. Fortunately, the internet has come to our rescue – there’s plenty of online courses for many languages out there, it’s just a matter of finding them.

This is the first article in a new weekly series, looking at what’s available. This week, we’ll begin with Swedish, purely for the reason that it’s a favourite of mine.

Swedish is spoken by 9.3 million people, predominantly in Sweden, but also in Finland (on the west-coast and the Ã…land islands). It’s a northern Germanic language, and is very closely related to Danish and Norwegian (and is considered to be mutally intelligible with these two languages) – and more distantly, is related to German, Dutch and English.

Getting around when you don’t know the language

English speaking travellers often assume that the rest of the world also speaks English. While it’s true that English is much more widely spoken as a second language than it was a few decades ago, it’s still rude to approach someone in a non-English speaking country and just assume that they’ll understand you.

It’s worthwhile investing in a phrase-book; while the phrases themselves aren’t necessarily going to be relevent to your situation, the pronunciation guides and tables of weekdays, months, and numbers are invaluable.

Here’s some tips for getting by: